Police Accountability and Transparency as a reform?

Instead of the obvious problem with all, legal and illegal Organized Criminal Institutions and operations.

By Parenti, Christian
“The new criminal justice system has every thing to do with the needs of capital and the ideology of white supremacy. More specifically, this repression is about two things: creating political obedience and regulating the price of labor. That is what the repression of the capitalist state has always been about, from the enclosures and the Atlantic slave trade, to the many bloody wars against organized labor, to the militarized ghetto of 2001. Capitalism was born of state violence and repression will always be part of its genetic code.”

Consider again the numbers: in the last twenty years the Justice Department’s budget grew by 900 percent; over 60 percent of all prisoners are in for non-violent drug crimes; an estimated one-in-three black men between the ages of twenty and twenty-nine are under some type of criminal justice control or sought on a warrant; nationwide some 6.5 million people are in prison, on parole or probation. From the left it is clear that the United States is an over-policed, surveillance society that uses prison as one of its central social institutions.

But how are we to understand this? A common explanation, that spans the spectrum from the radical activists to the mainstream scriveners at the Wall Street Journal, portrays the prison boom as driven by direct and specific economic interests. For example we hear much about private prisons or prison labor. This economistic analysis is attractively simple, all one has to do is connect the dots: bad corporation here, human rights violations there. Unfortunately explaining prison in “anti-corporate” or other directly economic terms requires ignoring the facts. Private prisons are in crisis and losing money, prison labor is not profitable nor widespread, and most guards are not well organized or pushing their agenda on legislators. Nor do prison architects and medical providers, for the most part, mount huge lobbying operations that can be said to control policy. In short, prison is not profitable. [1]

Does this mean prison growth is simply irrational, with no coherent causal link to class exploitation and racism? Hardly. The new criminal justice system has every thing to do with the needs of capital and the ideology of white supremacy. More specifically, this repression is about two things: creating political obedience and regulating the price of labor. That is what the repression of the capitalist state has always been about, from the enclosures and the Atlantic slave trade, to the many bloody wars against organized labor, to the militarized ghetto of 2001. Capitalism was born of state violence and repression will always be part of its genetic code.

To understand the wider political effects of state violence it’s worth contemplating the opposite: state assistance for poor and working people. As Frances Fox-Piven and Richard Cloward wrote in the New Class War “the connection between the income-maintenance programs, the labor market and profits is indirect, but not complicated.” Too much social democracy, and people stop being grateful for poorly paid, dangerous work. So too with the converse, the link between state repression and labor markets and profits is indirect but not complicated. Repression manages poverty. Poverty depresses wages. Low wages increase the rate of exploitation and that creates surplus value, which is what it is all about… at least at one level.

This dynamic works at a macro-scale upon the society and economy as a whole. Policing and incarceration–directly profitable or more likely not–are thus part of a larger circuitry of social control. Incarceration is the motherboard but other components include county jails, INS detention centers, the militarized border, psych wards, halfway houses, hospital emergency rooms, homeless shelters, skid row, and the ghetto. All of these locations share populations and all serve to contain and manage the social impacts of poverty. But what is the specific history of the current crackdown and how does the central question of class struggle shape the story of the new criminal justice system? Answering that question requires a trip back to the late 1960s, because the current build up started then, plateaued briefly in the late seventies, and then began a second phase in the early 1980s, which has carried on into the present.

In The Beginning There Were Riots…

During one of the mid-sixties “civil disturbances,” an intrepid reporter, wanting to know why black people were looting, burning stores, and fighting cops, asked a young rioter: “What do you want? …

As with all Organized Criminal Operations, No Accountability or Transparency is fostered by Illegal Fascist government institutions and operations. They offer that you should just trust them, while crimes are manufactured without victims around and criminalizing you.

Democrats who sponsor those bills said Tuesday they expect members of both the state Assembly and Senate to begin discussions on the legislation in the coming weeks after having little movement on the measures during the first three months of this year’s legislative session.

New York state lawmakers are pushing for a new set of reforms they argue will provide more accountability over members of law enforcement by making the personnel records of those officers available to the public and tracking data on arrest and criminal patterns across the state.

The Perils of Criminal Justice Reform

Tony Platt is a Distinguished Affiliated Scholar at the Center for the Study of Law & Society, University of California, Berkeley.  His most recent book is Beyond These Walls: Rethinking Crime & Punishment in the United States, published by St. Martin’s Press (January 2019). 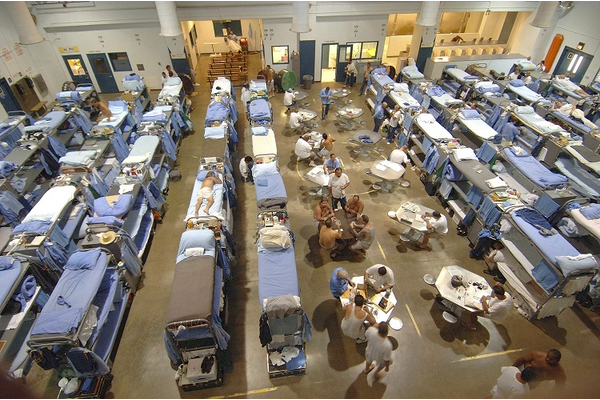 “When government officials and their allies call themselves reformers, it’s time to look out, and to look deeply and carefully at what is being proposed. Most government-sponsored reforms of criminal justice operations manage and rearrange existing institutions of power.

Not all reforms are manipulative and repressive. There is also a tradition of progressive grassroots reforms that try to make a difference in and empower people’s everyday lives. But these efforts to accomplish structural reforms typically are undermined in practice. Why have there been more failures than successes, and what is needed to reverse this sorry record? ”

I started working on Beyond These Walls: Rethinking Crime and Punishment in the United States during the Obama presidency. I wanted to understand and hopefully explain why no substantial reforms of the carceral state occurred in the second decade of the 21st century, despite militant street protests against police killings and widespread consensus among liberals and libertarians that something needed to be done about the country’s unprecedented rate of imprisonment.

Reform is one of the most overused, misused, and Orwellian terms in the English language. “I am well convinced that it is kind, humane, and meant for reformation,” wrote Charles Dickens in 1842 after he witnessed a Pennsylvania prison’s system of silent solitary confinement. But its outcome, he observed, was to subject prisoners to “torturing anxieties and horrible despair” that left them “dead to everything.”

This combination of benevolent rhetoric and punitive measures is a persistent theme in American criminal justice history. During World War I, for example, the federal Comission on Training Camp Activities claimed to be acting in the interest of “delinquent women and girls” by rounding up and detaining without trial some 30,000 of them suspected of spreading venereal diseases and perversion, while the men received health care and wholesome entertainment.

When government officials and their allies call themselves reformers, it’s time to look out, and to look deeply and carefully at what is being proposed. Most government-sponsored reforms of criminal justice operations manage and rearrange existing institutions of power.