Brilliant Sara suten seti takes back the concept of God so you can put forth a proper concept of the ALL, and discern and define truth from fiction for self.

Everything isn’t for everybody, I only recommend this for those souls, who already enjoy a life of defining fact from fiction and concepts of the sort for themselves, outside of labels of indoctrination, racial infliction’s, myths and fantasy. In the 1st millennium BC, the alphabet spread much further, giving us a picture not just of Canaanite, but also of Aramaic, Old South Arabian, and early Ge’ez. During this period, the case system, once vigorous in Ugaritic, seems to have started decaying in Northwest Semitic. Phoenician colonies (such as Carthage) spread their Canaanite language throughout much of the Mediterranean, while its close relative, Hebrew, became the vehicle of a religious literature, the Torah and Tanakh, that would have global ramifications. However, as an ironic result of the Assyrian Empire’s vast conquests, Aramaic became the lingua franca of the Fertile Crescent and much of the Near East and parts of Asia Minor, gradually pushing Akkadian, Hebrew, Phoenician–Canaanite, and several other languages to extinction, although Hebrew and Akkadian remained in use as liturgical languages, Hebrew in particular developing a substantial literature. Ethiopian Semitic is attested by the 9th century BC, with the earliest proto-Ge’ez inscriptions of the kingdom of D’mt using the South Arabian alphabet.[15] Page from a 12th-century Qur’an in Arabic

Syriac, an Assyrian Mesopotamian descendant of Aramaic used in North Eastern Syria, Assyria (Assuristan) and Mesopotamia, rose to importance as a literary language of early Christianity in the 3rd to 5th centuries and continued into the early Arab Islamic era.

With the emergence of Islam in the 7th century, the ascendancy of Aramaic was dealt a fatal blow by the Arab conquests, which made another Semitic language — Arabic — the official language of an empire stretching from Spain to Central Asia.

The Dangers of Religion: Seeking MA’AT in Our Lives – Dr. Ray Hagins

Paul Gibson
Presentation by Dr. Ray Hagins, Chief Elder and spiritual leader of THE AFRICAN VILLAGE and a former Pastor in The Church of God and Christ. This event was held at the Molefi Kete Institute in Philadelphia, Pa. on October 23, 2015.

The Shrine of Ma’at 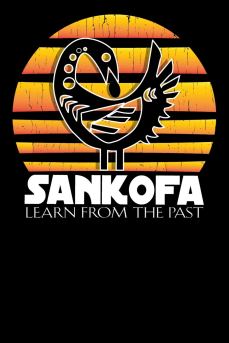 KRS-One – The Power Of Future – All Seven Lessons